Sony A7, or the Lego FF System 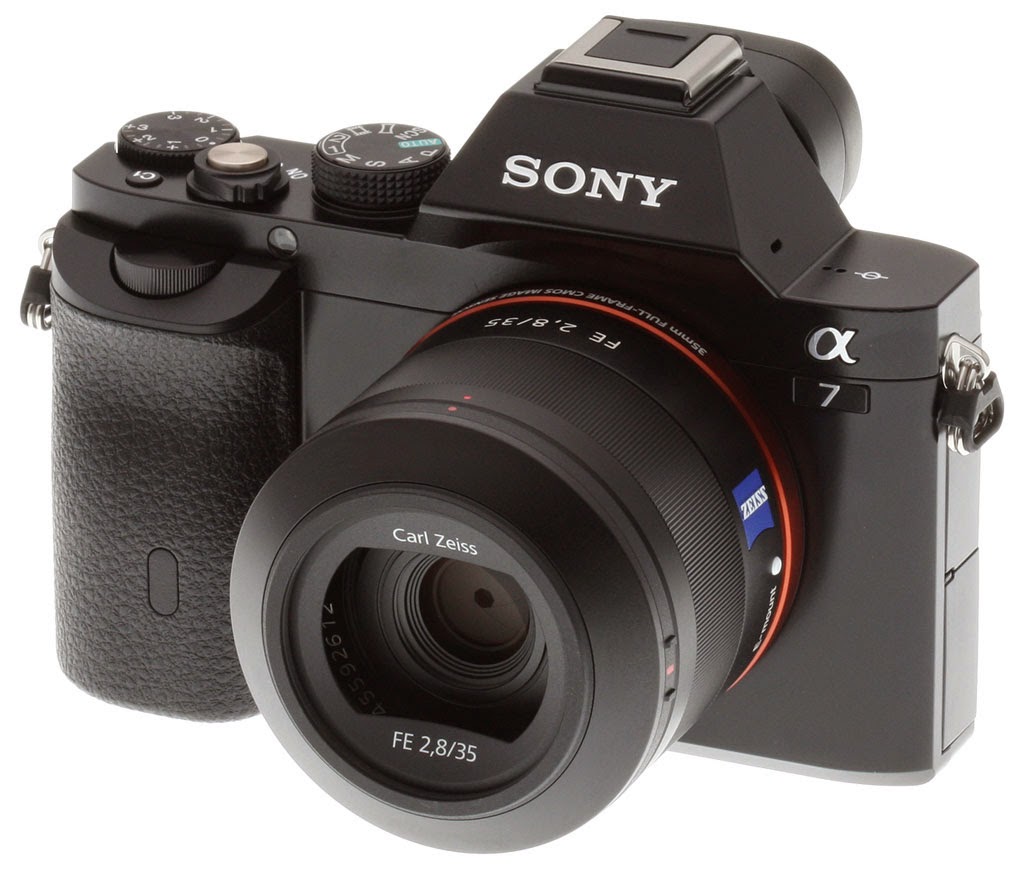 When the Sony A7 was introduced it made the effect of a bomb, in sites such as DPR. The dream of all the Planet's geeks had been fulfilled: to fit a 24x 36 sensor in the body of a compact

I was myself surprised and alarmed: had I invested in a system like m4/3 which had no future?

A massive sales factor is that while the Sony A7 had almost no native lenses (5 to be honest) it could take with adapters the whole Sony Alpha range, the E NEX range, and hear, hear, all the FF legacy beauties of the past, with adapters soon to be made by the Chinese. At their native focal range.

So , if you are familiar with mirrorless cameras, Sony aspired to become a universal digital back, because its short distance to flange allowed them to accommodate any FF35 lens, with no need  to correct the crop factor which other mirrorless systems have (as high as 2x, in the case of m4/3) with a focal reducer.

And although native FE lenses made by Zeiss are mostly expensive, in the specific case of the Zeiss 35mm FE, price and size € 600 are comparable with the Olympus 17mm while resolution allowed is almost the double.

So this is the equation: a win-win. Or is it? Karel Van Wolferen, an outstanding photog. who is testing legacy beauties on the A7r reports that when he went at Yodobashi, the main Tokyo shop, there was no crowds to tear an A7 from his hands.

From early tests it had indeed emerged what was the curse of 35FF mirrorless: most legacy lenses below 35mm, are unusable because of the aberrations due to both the short distance to flange, and big size of the sensor.

It is not difficult to understand that once you substitute the flat plane of film with 3D electronic wells the extreme angles of light rays hitting them don't fill them and reach their bottom.

It's a geometric problem, which affects the edges of the frame, with sometime heavy effects:  light falloff, and colour shift at the edges. Leica and Voigtlanders like the 15mm and 12mm became unusable. Some 21mm SLR lenses keep up the fight, but they are rare and in between.

At any rate you can't buy or adapt anything, with eyes closed. That is exactly what Karel Van Wolferen keeps on testing: each and every lens, on a case by case basis, bless him. Indeed early tests show, that below 35mm, very few lenses can be saved. You also need some very precise adapters.

Note meanwhile that the Sony A7 is the first digital FF to have the same size of the Leica M. No mean achievement!

Leica however introduced microlenses on the edges of the sensor to offset the slanted rays of light. It works quite well with Leica lenses, remarkably with Wide Angles. For Sony however the problem is to offset quite a number of unpredictable lenses of all kinds. Hence the approach case by case of Van Wolferen.

By comparison there is no such problem at the edges on m4/3 and APS sensors with short register, because they cut off the bad edges. So the problem becomes: is there a true advantage in adopting FF35 as a general format? Or is it better suited only for very specific genres, like Portrait and Landscape?

For Landscape there is a solution of course, but it is an expensive one. Native Lenses, like the v. expensive Zeiss FE 55mm Touit series, that will set you back by $ 1500. That of course gave me pause for thinking, and that explains the prudence of Japanese customers.


Main features of the different models

All the three A models are issued with the same frame, not taller or wider than a Leica M. The ambition is clearly to be a modern replacement at half the price, although the dSLR shape gives also the hint that this could be a replacement for cropped mirrorless, which have the same shape and slightly smaller size.

Sony has also reused sensors, probably  in order to keep prices down, but they are still the best in the industry anyway. You can find the A7 sensors in the Sony A99 and the A37.

The bodies have the same Tri-Nav wheels of the NEX 7, in addition to the Mode dial. One for EV compensation while the front and rear dials adjust shutter speed and aperture, and you can swap functions between dials.

Luckily they have adopted the menu system of Sony dSLR (A37), instead of the mind-boggling one the NEX. The A7 have their fair share of buttons, with two function ones, and others that are reconfigurable, so the camera can be set to a photographer's needs.

Imaging Resource did a thorough comparison with the  best models of the industry and there is no doubt that Sony's sensors at the top of the resolved detail. Check here the A7 and here the A7r for comparisons with other top cameras.

To summarize: the Sony have more or the same resolution of a Nikon D800 top of line in half the size!

So there is some substance to the claim the A7 to be the New Leica. Same size, best resolution and top German lenses - Zeiss 35/2.8 goes 1320 lines full open!  according to Roger Cicala. of Lensrentals.

Where the Sony A seems to be still lacking, but that could change, is in the AF speed. Only the A has CDAF+PDAF, and thus good tracking, while the Ar has only CDAF and thus is slower than its sibling.

According to Lensrentals the A7r resolution with the 35/2.8 Zeiss is the top of the industry.
Cicala however tested it also with adapted Canon lenses and the Sony A7r beats the Canon 5d bodies when mounting their own Canon lenses! 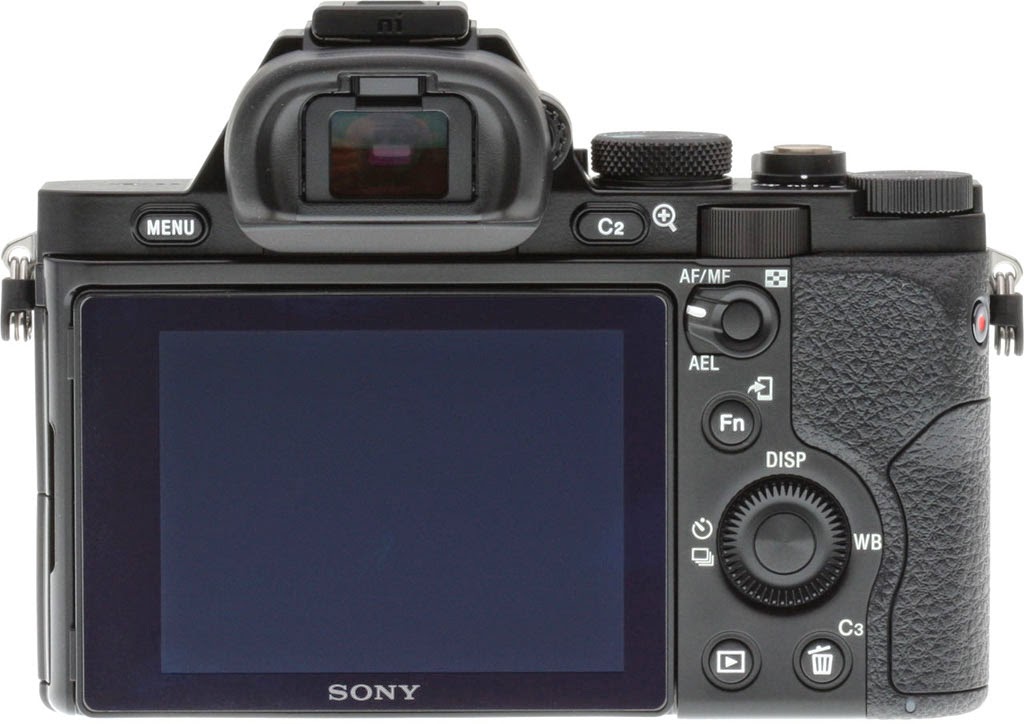 This might be explained by the lack of AA filter, and the rumored offset microlenses in the A7r, as well as the gapless array of its new sensors.

OTH the Sony Ar doesn't have the front curtain electronic shutter of the A, which allows to attenuate the loud plonk of the shutter., and its alleged shutter shock.

RAW recording times are allegedly slow, and both cameras take their time to wake up.
Another CON for both cameras is the lack of IBIS - in camera stabilization.

My temporary conclusion: to reach full resolution you must be a better photographer than with my Olympus OM-D because of the unwanted blur and loss of resolution that will happen far easier with a larger sensor than with smaller, cropped sensors.

Simply because a bigger resolution requires a steadier hand, or a tripod, while there is no general stabilization to lean on.

DOF  also is less forgiving in 24x36. In a portrait if you focus on the eyes, the tip of the nose might be OOF .

Consider also that the Olympus OM-D have almost twice the operational performance of the Sony. The Jpeg engine of the OM-D is also so good that it's difficult to tell the 16 Mpx resolution  apart from the A's 24 Mpx. You can detect a difference only in the Ar, which at 36Mpx, has more than twice as many pixels as the OM-D.

So is it worth it? If you work with Stock Agencies exacting at least 20 Mpx for landscapes, certainly. For Journalism and Fashion, which rely on content, or even Marriage, I am unconvinced. An OM-D or a Fuji X with their great per pixel resolution might be enough, and operate faster. Stock wise, you can always uprez your pictures.

There's however a question looming. Have the cropped mirrorless reached limits to growth with the 16 Mpx Sony sensor?

Did Sony change format because it  saw that it couldn't break the 16 Mpx limit on a small sensor, without getting less resolution, like it actually happened  with the NEX 7?

So will in the future the difference in resolution between cropped and FF formats tend to accentuate?  That's the investment decision to consider. Which lenses to get should be the main consideration: cropped or FF35? You can't duplicate the investment, with the current prices!

There is also the A7s, which has chosen a third way. To downgrade to 12 Mpx in order to achieve and even better Dynamic Range, and the extraordinary sensitivity of 504,000 ISO. Technical data being still missing I might review it in a further post.

Finally a last consideration. By the various reviews, especially the one at Imaging-Resource, there is no way that the A7s are going to compete with top dSLR, the latter being too fast in operational speed. So Sports might be a forbidden territory.

However if you check the Imaging-Resources comparison, the Sony sensors are the highest resolving of all, so here is the paradox. A camera for enthusiasts that beats in resolution the Canons and Nikons top of the line, while not being bigger than an Olympus, or a Fuji.

Quite a few things to ponder, before pulling out the wallet. Consider also that coming models and updates will fix the teething problems.

The areas that might be improved by firmware or in future models are AF and operational speed. Getting IBIS (perhaps from Olympus), getting more native lenses ( a lot are coming!) and fixing that loud shutter that introduces vibration, unwanted attention and possibly shutter shock.

So what to do?  Because of its modular nature and very recent introduction the whole system deserves to wait and see how it evolves. 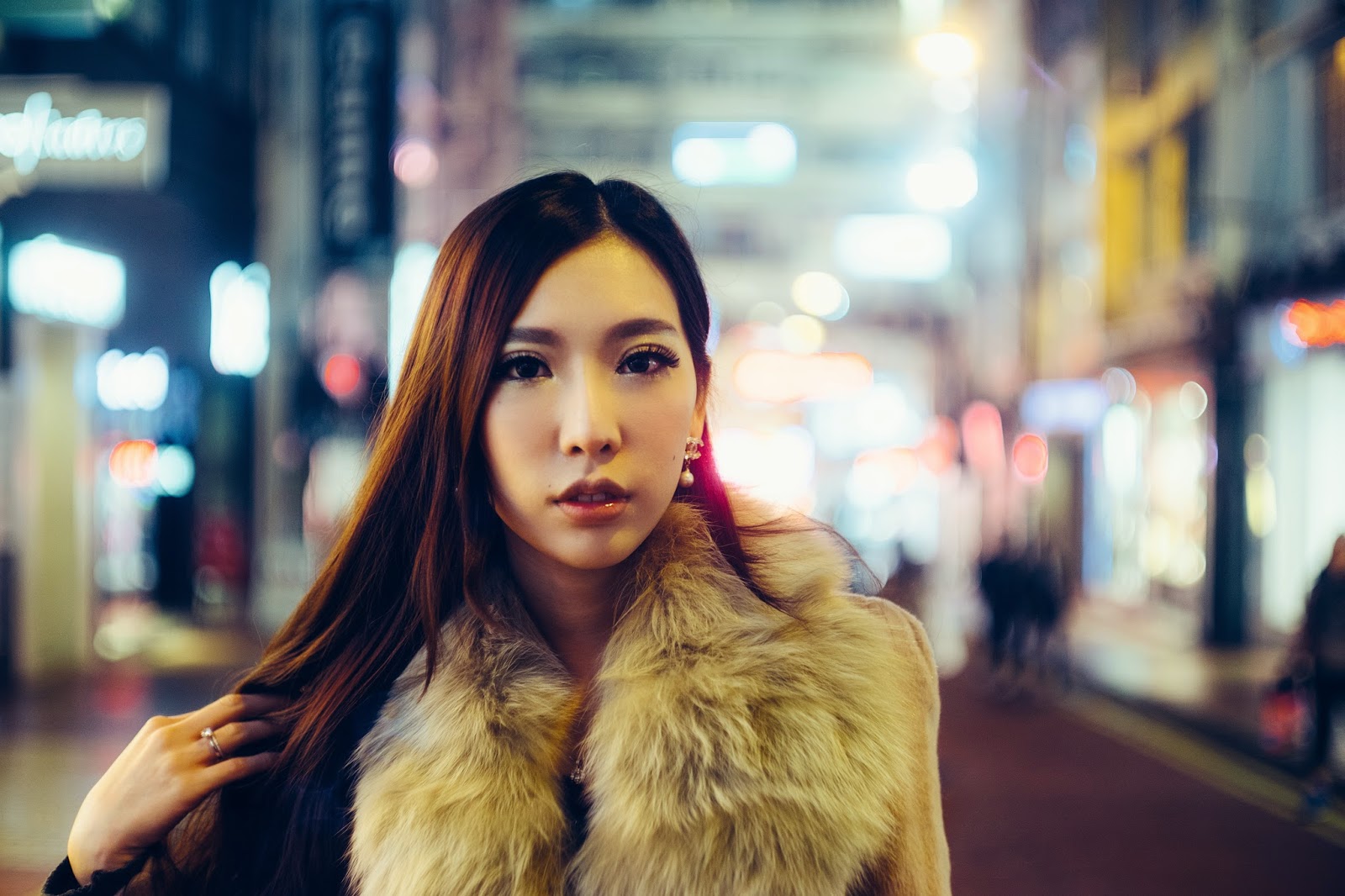 What I personally find very attractive is the Zeiss 35/2.8 and its splendid performance, at just EU 600.  So I might wait to see If the kit comes down in price and buy adapters for my Zeiss Jena 50, and Jupiter 85/2, and perhaps add an adapted UWA from Samyang. Far from expensive.

Start a new system? Too old for that. For operational speed and Street I'd keep my E-M5.
Other solution might be to wait for Photokina and see if and how Fuji and Olympus go FF.

Check also the review at DPreview. They gave the A7r and the A7 Gold and Silver award respectively, but they also spoke out the Cons.

So could  this be a Leica M substitute of a kind? There are some bugs in the design to fix. AF will certainly evolve for the better, like it did in the Fuji X-T1, the Olympus E-M1, and the Panny GX-7.

However, because of the lesser Mpx to process, smaller sensors like m4/3 will probably always be faster, and better with tele lenses because of the 1,5 or 2x crop factor, so your choice. IBIS with teles also gives a considerable advantage: it's like having an invisible steadycam.

For more deliberate tasks like Portrait and Landscape however the Sony A7 might well become the new Industry standard in mirrorless. It's the equivalent of what in film was called the Medium Format. A very portable Medium Format, indeed. 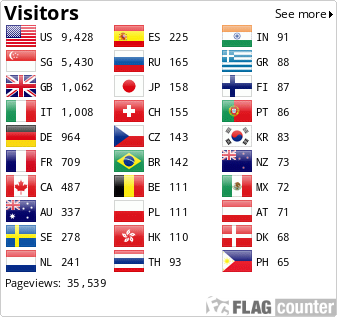